It’s officially National Poetry Month. Poetry seems to either be loved or hated by avid readers and nonreaders alike. You either love the idea of short prose with strong emphasis or you feel that’s it too forced and anti-climatic. You either love reading rhythm, rhyme, or free verse or you think greeting cards is the best poetry you’re going to appreciate.

Give it another shot.

Poetry really is such a beautiful art form that I was honestly not a fan of for a long time. When I realized I had to take a poetry workshop in college to get my bachelor’s in Creative Writing I was less than enthused. However, I have grown to have a new found appreciation for it over the years through reading different authors, styles, and writing with different end goals in mind. I even included poetry in my last book, which is something I never would have imagined I would do. Here is a list of different poems, some classic and some modern, that suit various moods.

There honestly aren’t many good poems written in times of joy or happiness. I think it’s actually harder to write about good feelings than it is the negative ones. Hard to say why that is exactly but there are some out there that aren’t overly cheesy.

Sadness, despair, the dark side. So much easier to write about, so many more poems out there to read about. Kind of sad all on its own but there are some beautiful poems that have come out of this art of writing through sadness.

I guess it could be argued all poems are somewhat pensive? But some I think are more so than others so they get their own category. Plus there are just times when you feel a little pensive and feel like thinking deeper about things than normal, you know? No? Okay just skip these then…

“Where the Sidewalk Ends”– Shel Silverstein, 1974 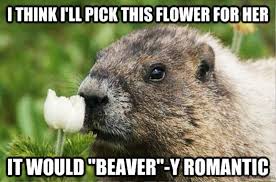 Definitely not my strong area but I think there are a few good romantic poems that are not super corny.

“All I Ever Needed to Know I Learned in Kindergarten”– Robert Fulghum, 1986

One thought on “Poetry for every mood”