“Kindergarten is the new first grade”- everyone in education ever 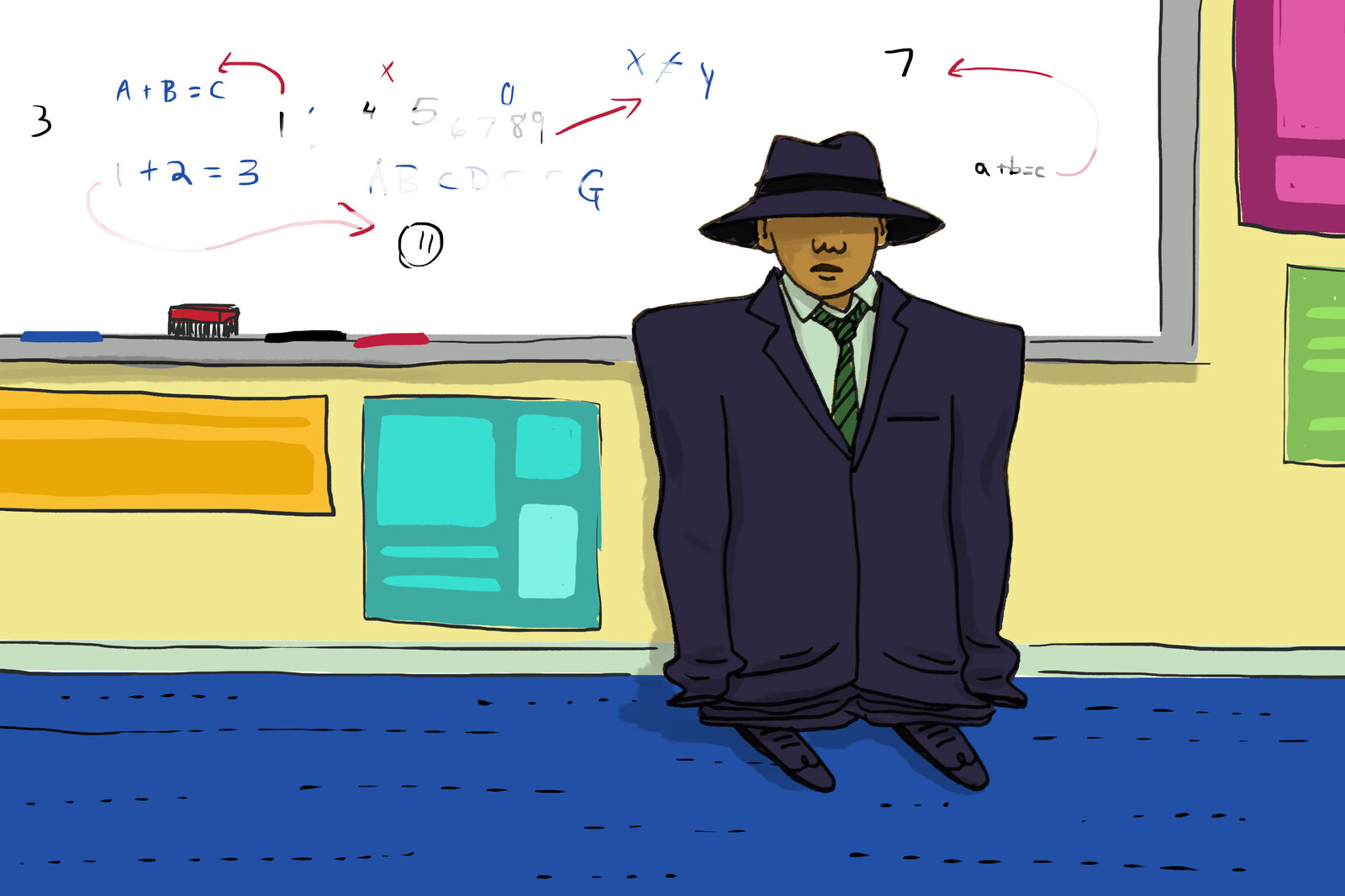 When I was in kindergarten it was a half day. We had quiet time on our mats. I remember eating graham crackers with peanut butter. Letters were learned, numbers were counted, and we went home with paint on our hands.

“Five- and 6-year-old kids now spend hours in their seats doing academic work, often with little or  no recess or physical education, or  arts, music and science.  These kids are tested ad nauseam and expected to be able to do things by the time they leave kindergarten that some, perhaps even many, are not developmentally prepared to do” (source).

Since the early 2000’s kindergarten classes have been under attack to be more and more academically focused. More reading! More math! More STEM education! We need those computer engineers knowing what they’re doing early on! (Yes I realize the photo is not a kindergartner just stay with me here)

But it’s not just quantitative data from a group of disgruntled moms, dads, or teachers. It’s actually a legit change in curriculum that has been studied since the 1990’s.  “The researchers compared kindergarten and first-grade classrooms between 1998 and 2010 and found that kindergarten classes had become increasingly like first grade” (source) Its not just the lengthening of the days and the increasing intensity of the subjects, its the lack of thought about their interest stimulation and the amount of testing (TESTING!) that kindergarten involves now.

This is one reason I think the whole “play equals learning” movement has been thriving so much. Montessori schools, Tinkergartens, the interest in Swedish education systems, have all risen here in the U.S. because we don’t want our kids turning into intelligent zombies. This is also why a lot of people believe the diagnosis of ADHD, ADD, and other disorders has dramatically increased. I can’t say yes or no to that one, but I do feel that this sort of learning at such a young is detrimental to what is natural for a child.

One parent said “I’m worried that my son is going to hit a point where he doesn’t like learning in school because he thinks learning is humiliation and frustration, and discouragement and anger rather than curiosity and encouragement, and fun and discovery. I think that a lot of the policymakers don’t care. They think there are kids that are disposable” (source).

Children are curious by nature. Every child wants to learn when they are young. It’s exciting, and fun if you let it be.

“The percentage of teachers who reported offering music every day in kindergarten dropped by half, from 34 percent to 16 percent. Daily art dropped from 27 to 11 percent” (source).

But why is this movement towards more strict lessons and academics for such young students still gaining momentum when so many people seem to be against it?

“Much of this is tied to the belief that academic performance should be the sole measure of school and teacher effectiveness” (source).

That. Right there. “Effectiveness”. Qualitative data. Competitions. Seeing our students succeed “better” than other countries. Better then other states. Better than the county next to us. Better. Because more academics means higher test scores, which means your class is “better”. It’s kind of a sad premise. What about people skills? What about emotional learning? What about art skills? Music ability? Physical ability? What if your child is an amazing unicycle rider, is there nothing good to say about that? I couldn’t do it. I think it’s awesome.

What about soft skills? Things that you can’t teach an adult. Things that you learn as a child. Empathy, understanding, and all that hippy dippy stuff that makes you a decent member of society. You learn those things in kindergarten.

What about the argument that this rise in a more strict curriculum of math and language arts is only due to the fact that children are entering kindergarten more school ready? That this emphasis on early education is creating children who are already able to read and write at the age of five? I say fine. That’s great if kids are grasping these concepts early because they want to. I love early literacy initiatives when they are in a fun and open environment. But the structure and the testing doesn’t need to change in order to stimulate a child’s intellect. Centers, dramatic play, art, music; all these things still play crucial roles in their development and do not hinder them reading and writing.

So I’m just going to leave this here to wrap all this up. I love this little poem so much it was even read at my wedding. Maybe one day we can get back to it but for now, this has been a huge deciding factor for me to homeschool. I know not everyone can and I’m not trying to sway you to, but just keep in mind your kids are going through more after a day of kindergarten then we ever had to.

All I Really Need To Know
I Learned In Kindergarten

Put things back where you found them.

Clean up your own mess.

Don’t take things that aren’t yours.

Say you’re sorry when you hurt somebody.

Wash your hands before you eat.

Warm cookies and cold milk are good for you.

Live a balanced life – learn some and think some
and draw and paint and sing and dance and play
and work every day some.

Take a nap every afternoon.

When you go out into the world, watch out for traffic,
hold hands, and stick together.

Be aware of wonder.
Remember the little seed in the styrofoam cup:
The roots go down and the plant goes up and nobody
really knows how or why, but we are all like that.

Goldfish and hamsters and white mice and even
the little seed in the Styrofoam cup – they all die.
So do we.

And then remember the Dick-and-Jane books
and the first word you learned – the biggest
word of all – LOOK.

Everything you need to know is in there somewhere.
The Golden Rule and love and basic sanitation.
Ecology and politics and equality and sane living.

Take any of those items and extrapolate it into
sophisticated adult terms and apply it to your
family life or your work or your government or
your world and it holds true and clear and firm.
Think what a better world it would be if
all – the whole world – had cookies and milk about
three o’clock every afternoon and then lay down with
our blankies for a nap. Or if all governments
had a basic policy to always put thing back where
they found them and to clean up their own mess.

And it is still true, no matter how old you
are – when you go out into the world, it is best
to hold hands and stick together.

One thought on “Kindergarten is hard”