I love seeing spoofs of children’s literature, even the obscene ones. However, as I was reading to my daughter the other night I started to notice there’s enough creepy nonsense in a lot of these stories to begin with. Spoofs may not even be necessary.

So now I will ruin some childhood classics-

Corduroy is one of my favorites. I loved it as a kid and I love reading it still. However, this is the first book that I really was like, “huh, I can’t believe I didn’t notice that before.” In most of the pages, all the other toys are staring straight ahead, with that deadpan flopped head look they are supposed to have.

When Lisa comes back to buy Corduroy however, things turn dark. All the toys glare at poor Corduroy and the bunny next to him stares hard with bright red eyes. RED EYES?

Not to mention they are all staring at him like “where do you think you’re going?”, which is also a little creepy.

You may already know my stance on Goodnight Moon. It’s not great. It’s so easy to find flaws in this comically nonsensical children’s book. One can argue that Brown was a revolutionary, writing children’s books that represented life at the time of publishing (1947). Before that most children’s story was telling tales of faraway places, fairy tales, and other things that were not super relatable to children.

I would still have to say…

Why is that fireplace so big? Where are the parents stopping the children from toppling in and cooking themselves into a nice rabbit stew? Who is the decorator, because they need to be fired.

Green walls, red carpet, yellow and blue curtains, we want this child’s room to be Avante Garde…nailed it. Oh, but throw in a tiger skin rug, that will really pull everything together.

I know some of you are going to be like “noooo, leave Love You Forever alone!” but come on.

Then continue on to see her spooning her adult son like he’s still an infant. Shoulder to cry on? Sure. Rocking to sleep at 25? Probably not.

In a Dark Dark Room

At least this book is supposed to be creepy, but I had to add it. I saw in another post someone mentioned the green ribbon story. I second that fear. That story has stuck with me my whole life. When I started teaching I saw this book in our collection and was like “oh man, that freaking girl with the ribbon is in there, nope”.

And Scary Stories to Tell in the Dark? The stories aren’t even scary but those drawings are terrifying. 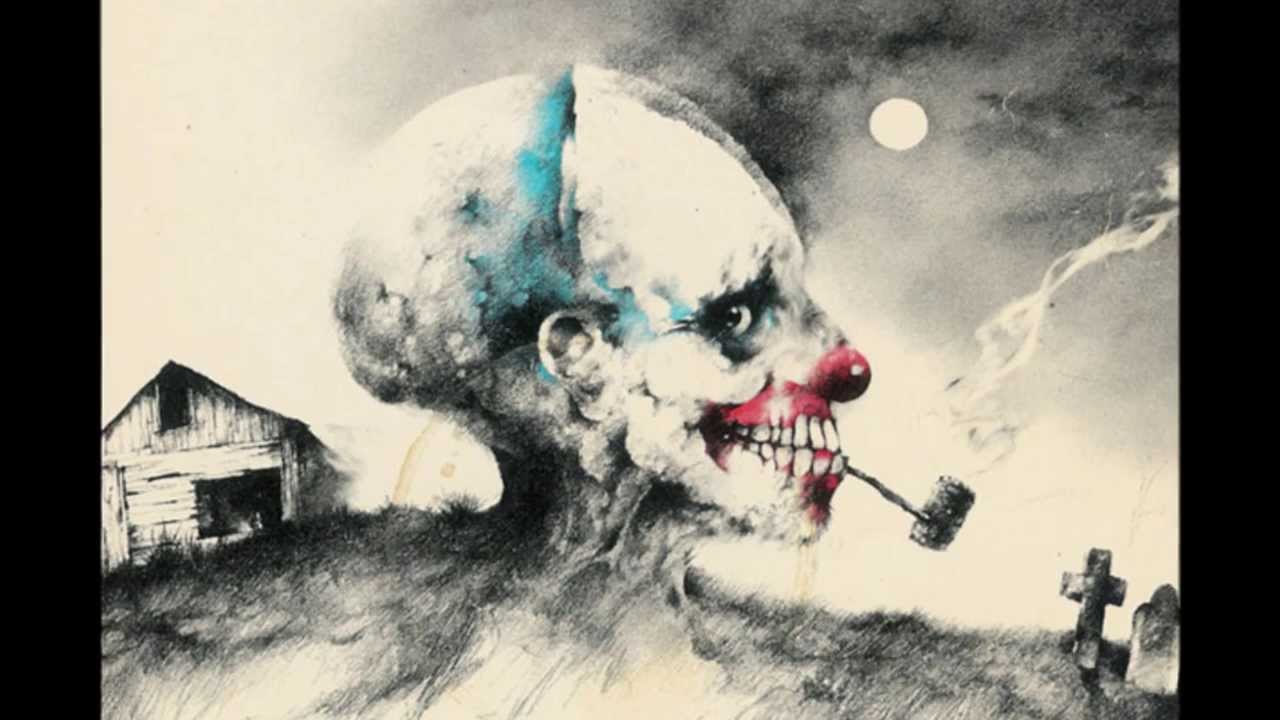 There really isn’t anything wrong with the Arthur books, I actually really like Arthur. Arthur the Aardvark, the story goes that Marc Brown’s son wanted a story about a weird animal and the first one that popped into Brown’s head was an aardvark. The first illustration is from the original Arthur books published in the 70’s. The middle is Arthur’s transformation in the 80’s. Then the last is him now. I can’t even tell what the last Arthur is anymore! Is he a dog? A giant hamster type thing? Maybe a bear?

So the butcher character is in multiple Richard Scarry books but there’s a common theme for the character…it’s a pig. A pig, slicing up ham and sausage and pork chops and bacon and…yeah it’s a little gross.

Curious George is a favorite at my house. I did not realize this one particular book actually has quite the following. Curious George Takes a Job is like all classic Curious George tales of mishap and mayhem…except this time George tries ether. 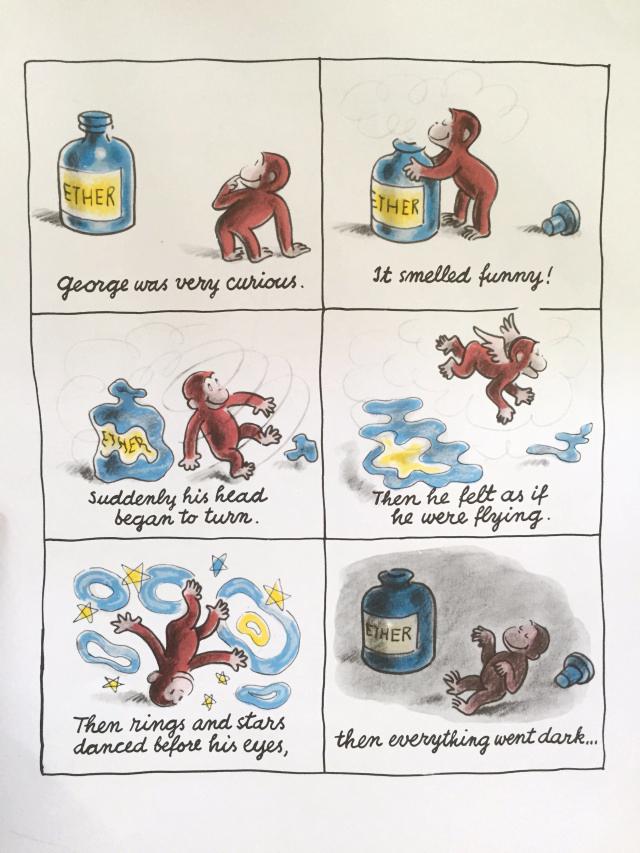 So…yeah kids try drugs and feel like you’re flying and rings and stars will dance around your heads then you’ll pass out with a giant smile on your face while your family looks down at you in shock. I guess it’s accurate at least.

What are some more classics that maybe need to be reread with adult eyes?

One thought on “6 Children’s books that are just wrong”